Small project to link UWP games and XboxGamePass to Steam

If you want to add Windows Store or Xbox Game Pass Games to Steam, you need to do a bit of a warkaround because Steam can't see UWP apps, and there's a chance Steam won't show it on your "Currently playing" status. This app aims to simplify a little bit the process where it is possible by automating the scripting and launching of Windows Store apps and Xbox Game Pass games.

To add UWP or XGP games to Steam

Download the latest version of UWPHook and store it somewhere on your PC.

Click on the 🔄 to load installed UWP Apps, we will find every UWP app and Xbox Game Pass game installed on your PC. 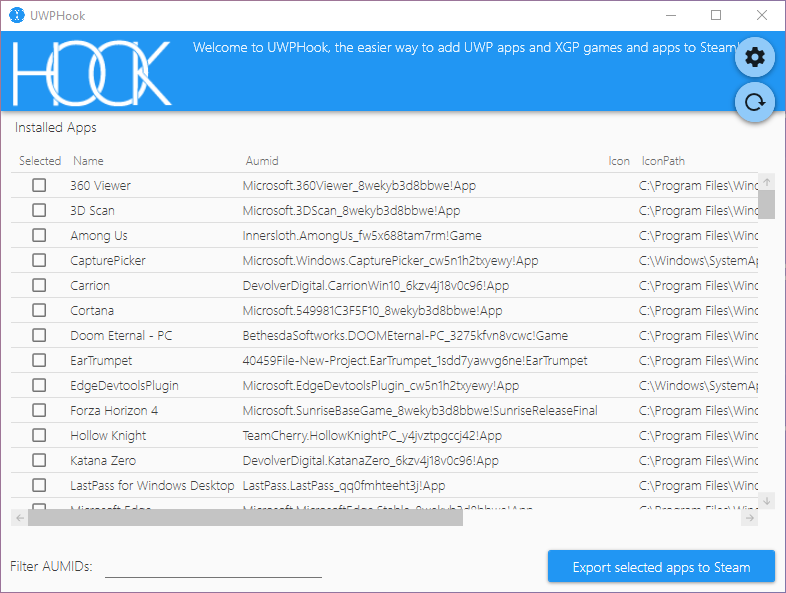 Select every app you want to add to Steam, you can change the name by double clicking the "name" collumn, press "Export selected apps to Steam" and 🎉, every app you selected will be added to Steam. 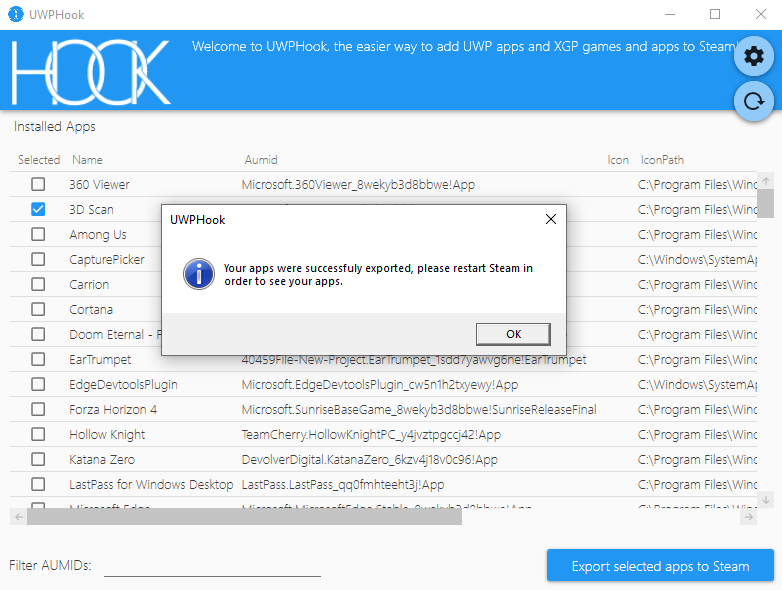 Close UWPHook, restart Steam if prompted, click play on your UWP game, and Steam will show your current game on your status as long as you are playing it!

Since v2.8, UWPHook can automatically import grid, icons and hero images from SteamGridDB

On your first usage, the app will ask you if you want it to download images, redirecting you to the settings page. 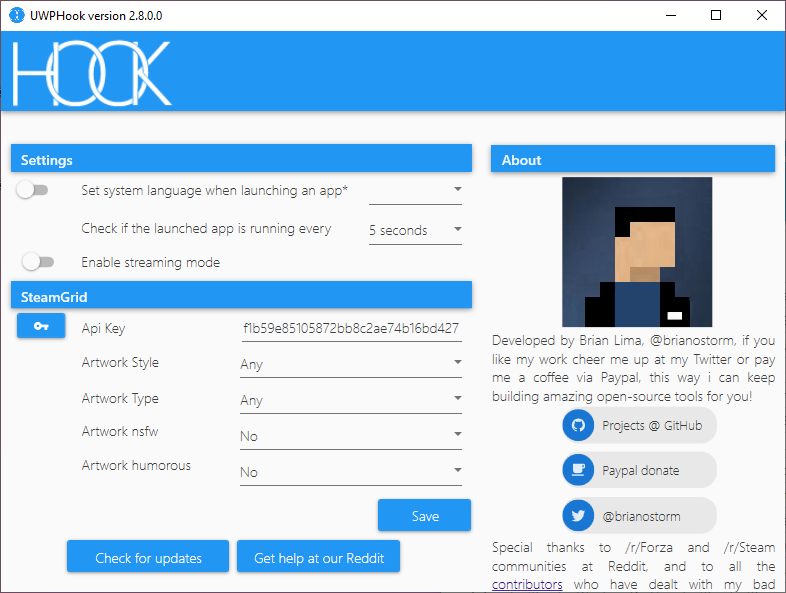 By adding a API Key obtained in the SteamGridDB preferences, UWPHook will try to find matching images for any exported games, giving you the following result: 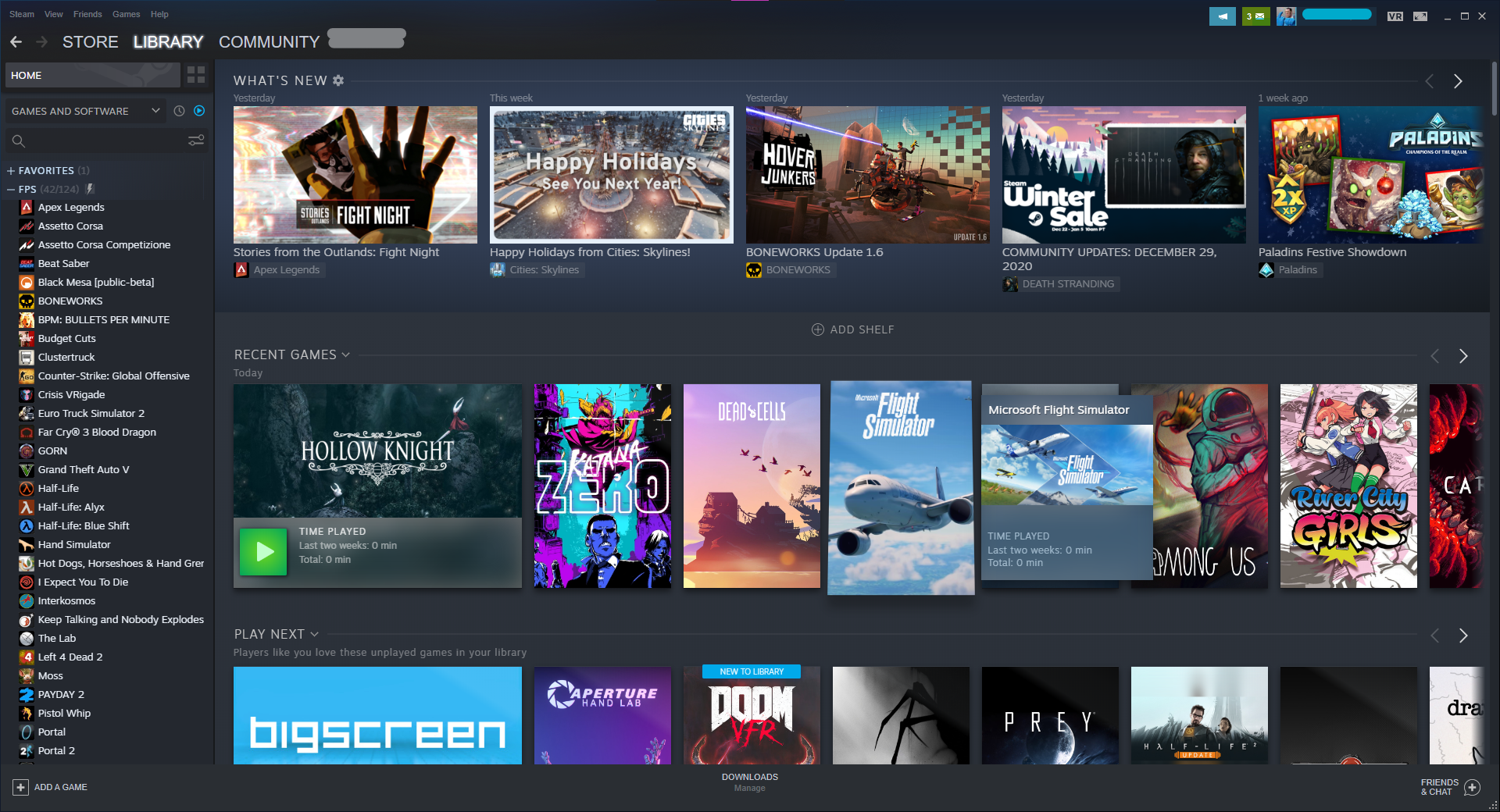 You can refine the images by using filters for animated images, blurred, no logo or memes for example, but it will always pick the first it finds for the filters automatically.

Special thanks to @FusRoDah061 for implementing the base feature!

This software is open-source under the MIT License.

If you like what i did with it and want to suport me, you can cheer me up at my Twitter or pay me a coffee via Paypal, it will help me to continue to build amazing open source tools for you!"

Thanks for your support, and game on!